“We have to realize that the dominant narrative of Western society – that freedom and democracy will increase and that globalization will bring countries closer together – has collapsed. This idea has already been damaged by the attacks in 2001, but is now definitely over.”

Michael Ignatieff (Canada, 1947) is a leading philosopher, historian, writer, journalist and former politician. As author of more than 15 books such as The Lesser Evil: Political Ethics in an Age of Terror (2004) and Isaiah Berlin: A Life (1998) and his latest book Ordinary Virtues. Moral order in a divided world. He wroted numerous articles for, among others, The Guardian, The New Yorker and The New York Times, Ignatieff is a renowned, important and topical expert on the fields of human rights, nationalism, ethical consciousness and international conflicts. Between 2006 and 2011 he was leader of the liberal opposition party in the Parliament of Canada and, moreover, as liberal politicians has prepared the way for the present premier Justian Trudeau. Currently Ignatieff is chairman and President for the Central European University in Budapest: a university that attracts students from all over the world. A beacon for democratic values in Central Europe. Since the Hungarian prime minister Orbán passed a law that aims to close down the critical, independent and multicultural university last April, Ignatieff is the central figure in the fight to prevent the collapse of liberal democracy in Europe.

With his historical, literary and philosophical knowledge and political experience, Michael Ignatieff will give the age-old themes of the Psalms – leadership, power, oppression and ethical choices – a new meaning in our contemporary society where freedom, democracy and human rights have come under pressure. 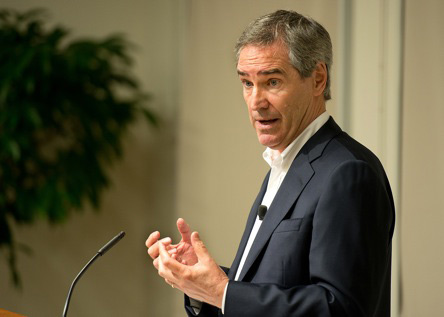